The United Arab Emirates consists of seven Emirates: Abu Dhabi, Dubai, Sharjah, Umm al-Qaiwain, Fujairah, Ajman and Ras Al Khaimah. Four-fifths of the UAE is desert but has contrasting landscapes—from the towering red dunes of the Liwa to the rich palm-filled Oasis of Al Ain, from the precipitous Hajar Mountains to the more fertile stretches of its coastal plains.

Though small in size (similar to the size of Scotland), the UAE has become an important player in regional and international affairs. In 1971, the late President Sheikh Zayed bin Sultan Al Nahyan unified the small, underdeveloped states into a federation—the only one in the Arab world. With his visionary leadership, oil wealth was used to develop the UAE into one of the world’s most open and successful economies.

In 2004, His Highness Sheikh Khalifa bin Zayed Al Nahyan became president and has since continued to strive towards an ambitious vision for the UAE.

The UAE’s rich history is rooted in trade and tied to Islam, which came to the region in AD 630. Its location between Europe and the Far East attracted merchants from India and China and was prized by Europeans, in particular the Portuguese, the Dutch and the British. 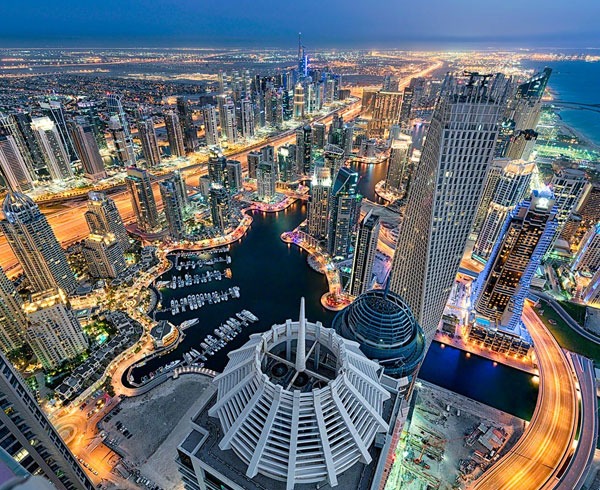 While Europeans sought control of the coasts, inland, the ancestors of the Bedouin made the sandy deserts of Abu Dhabi and Dubai their home. The town of Abu Dhabi became an important center.

In the 19th century, the British signed a series of agreements with the individual Emirates that resulted in the area becoming known as “The Trucial States.” They agreed not to dispose of any territory except to the United Kingdom and not to enter into relationships with any foreign government other than the United Kingdom without its consent. In return, the British promised to protect the coast from all aggression by sea and to help in case of land attack.

The pearling industry thrived in 19th and early 20th centuries, providing income and employment to the people of the Gulf. Many inhabitants were semi-nomadic, pearling in the summer and tending date gardens in the winter. But the economic depression in the late 1920s and early 1930s, coupled with the Japanese invention of the cultured pearl, irreparably damaged the industry.

In the early 1930s the first oil company teams conducted geological surveys. In 1962, the first shipment of crude was exported from Abu Dhabi. With oil revenues growing year by year, the Late Sheikh Zayed bin Sultan Al Nahyan was chosen as Ruler of Abu Dhabi in 1966. He undertook a massive programme of construction of schools, housing, hospitals and roads.

One of Sheikh Zayed’s early steps was to increase contributions to the Trucial States Development Fund. Abu Dhabi soon became its largest donor. In the meantime, the Late Sheikh Rashid bin Saeed Al Maktoum, de facto Ruler of Dubai since 1939, developed shipping to replace pearling revenues. When Dubai’s oil exports started in 1969, Sheikh Rashid was able to use oil revenues to improve the quality of life of his people.

At the beginning of 1968, when the British announced their intention to withdraw from the Arabian Gulf, Sheikh Zayed acted rapidly to establish closer ties with the Emirates. With the Late Sheikh Rashid, the Late Sheikh Zayed called for a federation that would include not only the seven Emirates that together made up the Trucial States, but also Qatar and Bahrain.

Agreement was reached between the rulers of six of the Emirates (Abu Dhabi, Dubai, Sharjah, Umm al-Qaiwain, Fujairah and Ajman), and the Federation to be known as the United Arab Emirates was formally established on 2 December 1971. The seventh Emirate, Ras alKhaimah, acceded to the new Federation the following year. 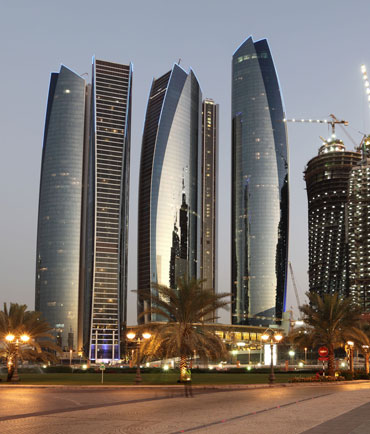 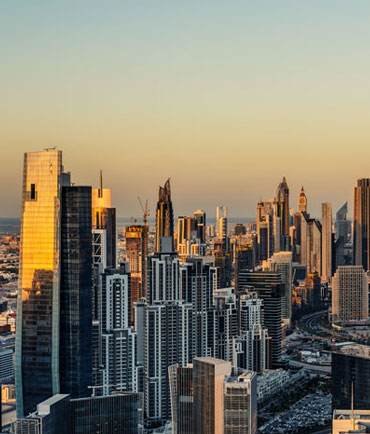 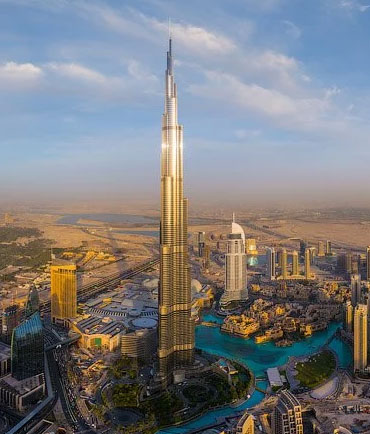 Since then, the seven Emirates have forged a distinct national identity. The UAE’s political system combines traditional and modern and enabled the country to develop a modern administrative structure while ensuring that traditions of the past are maintained, adapted and preserved.